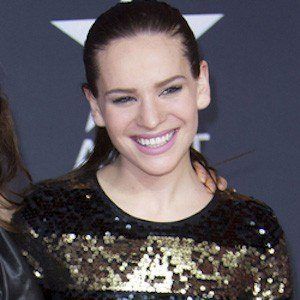 Canadian actress and singer known for playing Miriam Goldstein on the Canadian TV show Less Than Kind. She released Willow, her debut EP, in 2014.

She grew up playing various instruments, including the piano and trumpet, before settling on the ukulele.

Her performance on Less Than Kind earned her a Canadian Comedy Award in 2011.

She has two sisters, Ashton and Taylor.

She and Jason Patric were both in the 2012 movie Keyhole.

Brooke Palsson Is A Member Of