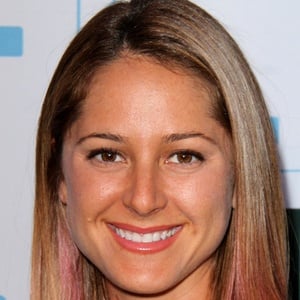 American chef who has been featured on a number of cooking shows, including Top Chef, Knife Fight and House of Food. She is also known for her work as an executive chef at establishments like Boxer and Zax.

She grew up in Los Angeles, California. Her career began as a teacher's assistant at the Epicurean Institute of Los Angeles.

She became the youngest female chef to ever cook at the James Beard House.

She married Nick Roberts in 2007. She has a son named Hudson.

She and Stephanie Cmar both competed on Top Chef: Seattle.

Brooke Williamson Is A Member Of