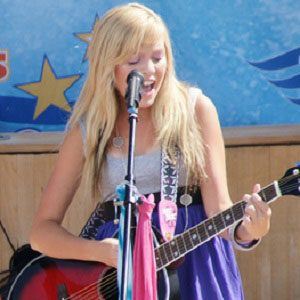 Pop singer best known for TheJonnieandBrookie YouTube channel, which she shares with her older sister Jonnie. She rose to fame during her childhood years after winning Radio Disney's 2009 Next Big Thing contest.

She began her musical career at the age of three, and within a few years, was participating in concert tours throughout the United States.

Between 2008 and 2010, she and Jonnie released three recordings on the iShine Records label: "For Better," "This One's For You," and "Love is Calling."

She and her sister spent their youth in Gilbert, Arizona.

Brookie, Jonnie, and singer-turned-actress Tiffany Thornton all participated in the Disney channel's 2009 Summer at Seas tour.

Brookie Allen Is A Member Of