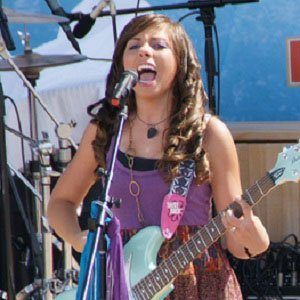 Famous for her TheJonnieandBrookie YouTube channel, this singer, guitarist, and keyboardist rose to fame for posting videos of her music sessions with her sister Brookie. The siblings' channel has over 10,000 subscribers and more than 1.5 million views.

Her first YouTube video, "Justin Bieber - 'That Should Be Me' Cover by Jonnie and Brookie," was uploaded on June 6, 2011.

Many of her Instagram pictures feature her pet husky, Bentley.

She and her sister Brookie grew up in Gilbert, Arizona. She announced her engagement to Garrett Burk in a December 14, 2014 Instagram post. The two married in October of 2015.

She and fellow YouTube sensation Julissa Velilla both posted covers of One Direction songs.

Jonnie Allen Is A Member Of