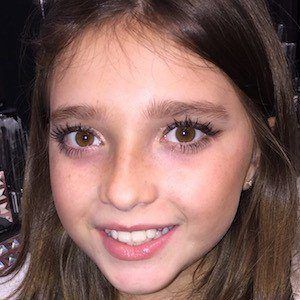 She has appeared on the ABC drama series Scandal, as well as The Goldbergs, Uncle Buck and Future Proof. With her sisters, she has also appeared on My Big Fat American Gypsy Wedding.

Her parents are incredibly supportive of she and her sisters Paris, London, and Sydney.

She and her sisters fell short to champion Mat Franco on America's Got Talent.

Brooklyn Asterino Is A Member Of