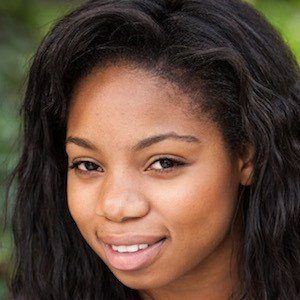 Actress and writer best known for her portrayal of Francesca in the WIGS narrative webseries Blue on YouTube. She is also a prolific blogger, running her own dating column for Seventeen Magazine from 2012 to 2013.

Her acting career began in 2011 when she began to appear in several short films like Change, First Day, and Pitch Black.

Outside of her film work, she has also appeared in several staged productions of Footloose and Almost Maine.

She is an actress native to the United States.

She starred opposite Julia Stiles in the WIGS web series Blue.

Brooklyn Lowe Is A Member Of