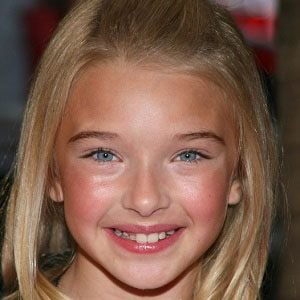 Famous for her childhood roles in the films The Time Traveler's Wife (2009), Fireflies in the Garden (2008), and Brokeback Mountain (2005), she is also notable for her appearance in the pilot episode of the television series Saving Grace.

She made her screen debut at the age of four in the made-for-TV movie Man in the Mirror: The Michael Jackson Story.

She played the role of Madison Copeland in the 2010 film Valentine's Day.

She spent her early years in Cranbrook, British Columbia, Canada.

She was cast alongside Elisabeth Shue in the 2010 comedic horror movie Piranha 3D.

Brooklynn Proulx Is A Member Of