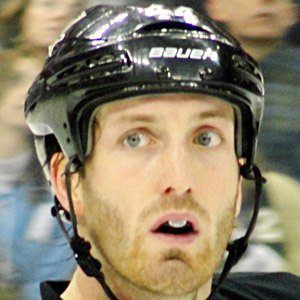 NHL defenceman best known for winning the Stanley Cup as a member of the Pittsurgh Penguins in 2009. He was named as the Penguins' Defensive Player of the Year three times.

He was named after famed hockey player and coach Herb Brooks.

His brother, Andrew Orpik, also played for the Penguins.

He won the Stanley Cup alongside star Penguins player Sidney Crosby in 2009.

Brooks Orpik Is A Member Of