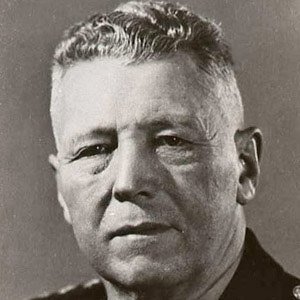 He dropped out of high school to enlist in the army and later resumed his studies at West Point and Cornell.

His military decorations included the Army Distinguished Service Medal, the Silver Star, the Legion of Merit, and the Bronze Star.

He had three sons and one daughter with his wife, Bessie.

He and Robert Wood were both prominent, twentieth-century military generals.

Bruce C. Clarke Is A Member Of