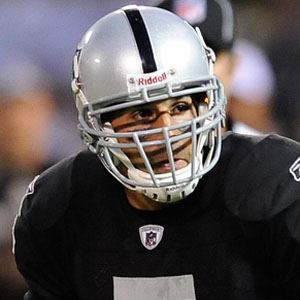 Journeyman NFL quarterback who was drafted by the Bucs in 2006. In his rookie season, he started 11 games and threw 9 touchdowns.

He played college football at Toledo, and he was named MVP of the 2005 GMAC Bowl.

His younger brother Gino was drafted by the Baltimore Ravens in 2012.

He became Andy Dalton's backup QB in Cincinnati in 2011.

Bruce Gradkowski Is A Member Of