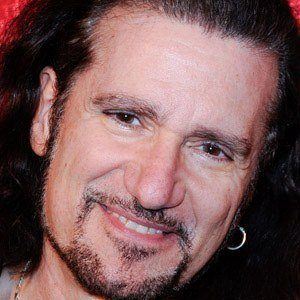 American rock and blues guitarist for KISS and Grand Funk Railroad and who was a former member of Blackjack.

He played guitar on tour with Meat Loaf during his early twenties.

He has released three solo albums, in addition to being featured in over twenty albums with other artists.

He was a member of the band Blackjack alongside Michael Bolton.

Bruce Kulick Is A Member Of