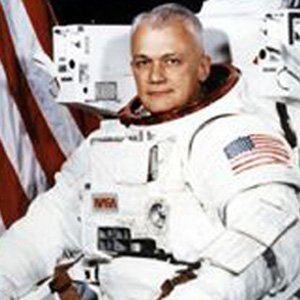 Astronaut who made the first untethered free flight in space.

He graduated second in his class at the U.S. Naval Academy.

He served as CAPCOM (Capsule Communicator) to Apollo 11 when Neil Armstrong walked on the moon, talking to the crew from the ground.

He married Bernice Doyle and had two children. He also married Ellen Shields.

He spoke to Neil Armstrong as he took his first steps on the moon.

Bruce McCandless II Is A Member Of