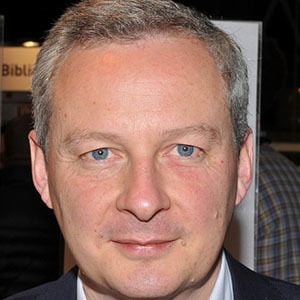 He studied French literature at Paris-Sorbonne University. He started his career in politics in 1998 after finding a job with the Ministry of Foreign Affairs and International Development. He started serving as the Minister of Food, Agriculture, and Fishing in 2009.

He is also known for having served as a board member on both the European Investment Bank and the European Stability Mechanism.

He married Pauline Doussau de Bazignan and together the couple had four sons.

He served as the Minister of the Economy and Finance in 2017 under then President Emmanuel Macron.

Bruno Le Maire Is A Member Of