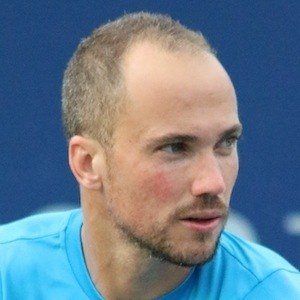 Brazilian tennis player who won his first Grand Slam title at the Australian Open in 2016. He also won two Grand Slam titles in Mixed Doubles at the 2012 and 2014 US Open.

He began playing tennis at the age of 5. At the age of 14, he joined Minas Tênis Clube with Marcelo Melo and Andre Sa.

He reached his career-high doubles ranking of World No. 2 in October 2016.

His parents are Maísa and Malthus Antônio Soares. He married the architect Bruna Alvim in 2008 and had his son, Noah, in 2015.

He became doubles partners with Jamie Murray in 2015.

Bruno Soares Is A Member Of