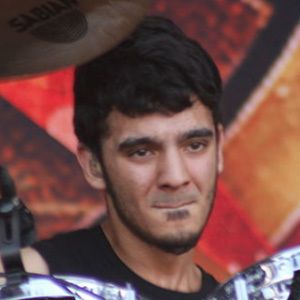 He began playing drums when he was 10 years old and was taught by renowned Brazilian drummers like Lenilsom Silva, Pipe Joares and Douglas Las Casas.

In 2005 he won the Odery & Modern Drummer's festival and was subsequently invited to play for Christian group União.

Bruno Valverde Is A Member Of