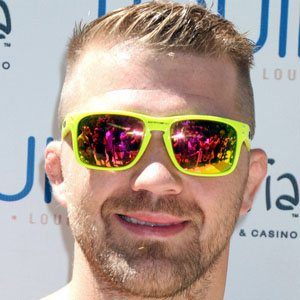 Bantamweight mixed martial arts fighter known for fighting in leagues like UFC, EliteXC and Strikeforce. He appeared on UFC's "The Ultimate Fighter: Team Bisping vs. Team Miller" in 2011.

He was a member of the wrestling team at Central Washington University and made his professional fighting debut in September 2005.

He won the Submission of the Night award for his takedown of Johnny Bedford at UFC 159.

He has been in a relationship with UFC fighter Miesha Tate.

He defeated Johnny Bedford via submission on April 27, 2013.

Bryan Caraway Is A Member Of