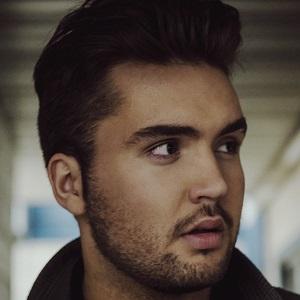 Canadian pop recording artist and songwriter who gained notoriety in 2014 for his hit song "Good Times."

When he was 15 years old, he was hired for small events to perform covers of Michael Bublé and Frank Sinatra songs.

He once had a lead role in a local production of the musical Wicked.

He was born in Edmonton, Alberta, Canada to Christine and Steve Finlay. He has a younger sister named Caitlyn.

He has covered songs by artists such as Jessie J and Rihanna, and has collaborated with the German DJ duo Inpetto.

Bryan Finlay Is A Member Of