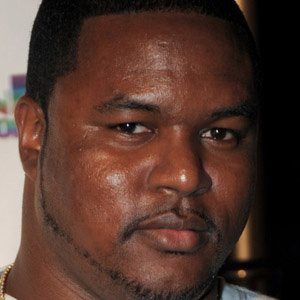 NFL offensive tackle formerly known as Bryant "B Mac" McKinnie. He was a 2-time Pro Bowl selection and 2-time All-American during his eight seasons with the Minnesota Vikings.

He attended University of Miami where he had a standout career.

He is a CEO and founder of BMajor Music Group and BMajor Foundation.

He is the older brother of the actor and tv star Brandon Richardson.

He and Ray Lewis led the Ravens to Super Bowl victory in 2013.

Bryant McKinnie Is A Member Of