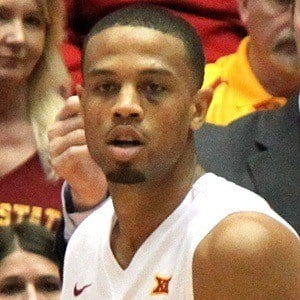 Basketball guard who briefly played in the NBA for the New Orleans Pelicans after spending his collegiate career at USC, UNLV and Iowa State. He was fatally shot at the age of 23.

He began his high school career at View Park Prep, where he played for the City Section Small Schools Championship during his sophomore year.

He was raised with two sisters and four brothers.

He was teammates at UNLV with Anthony Bennett, who would go on to become the first overall pick in the 2013 NBA Draft.

Bryce Dejean-Jones Is A Member Of