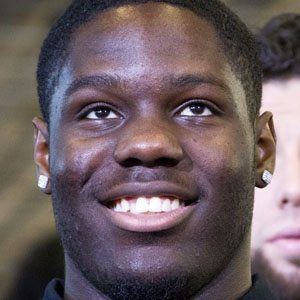 Former UNLV power forward who was drafted 1st overall by the NBA's Cleveland Cavaliers in 2013. He was traded from the Cavaliers to the Minnesota Timberwolves prior to the 2014-15 NBA season. In 2017, he was traded to Fenerbahce, part of the Turkish Basketball Super League.

He was a McDonald's All-American during his senior year at Harold M. Brathwaiste Secondary School.

He earned All-MWC honors while scoring 16.1 points per game his freshman season at UNLV.

He was raised with two siblings, Danielle and Sheldon.

He was drafted three spots ahead of 4th overall pick Cody Zeller in the 2013 NBA Draft.

Anthony Bennett Is A Member Of