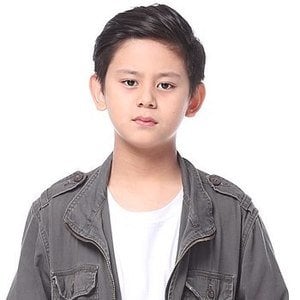 Burgeoning Filipino television star who got his start playing Bimbo in Oh, My Mama! He then joined the cast of 2017's Destined to Be Yours as Young Benjie Rosales.

In 2016, he earned his first credits guest starring in episodes of Magpakailanman and Usapang Real Love.

Outside his acting credits, he has also modeled in print ads and in television commercials.

He stars with Sheryl Cruz and Jake Vargas in Oh, My Mama!

Bryce Eusebio Is A Member Of