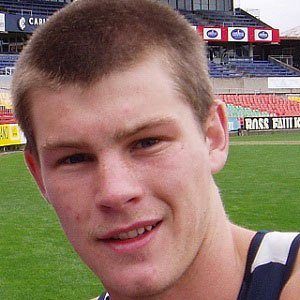 Australian rules football defender and midfielder who debuted professionally in 2007 with Carlton and represented Australia internationally in 2010.

He was nominated for the 2007 AFL Rising Star Award.

He was born in Adelaide, South Australia.

He and midfielder Dane Swan played together on Australia's national team in 2010.

Bryce Gibbs Is A Member Of