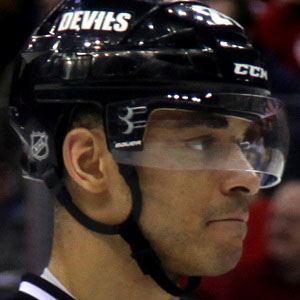 Canadian hockey player who began his NHL career with the St. Louis Blues during the 2000-01 season. He created the Jam 'n Sal's Community Stars organization to honor children in the St. Louis community.

He was born in Manitoba and began his career with the Western Hockey League's Lethbridge Hurricanes in 1992.

In January 2013 he named the captain of the New Jersey Devils, making him just the third black captain in NHL history.

He married a woman named April.

He has been teammates with ring winger Jaromir Jagr in New Jersey.

Bryce Salvador Is A Member Of