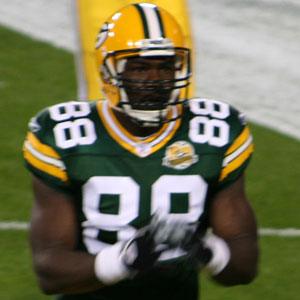 Former NFL tight end who was named to three consecutive Pro Bowls with the Green Bay Packers from 2001 to 2003.

He earned All-American honors his senior season at the University of Miami.

He played seven seasons with the Green Bay Packers after being selected 14th overall in the 2000 NFL draft.

He has a son named Daniela and a daughter named Sienna.

He caught a majority of his 32 career touchdowns from Hall of Fame quarterback Brett Favre.

Bubba Franks Is A Member Of