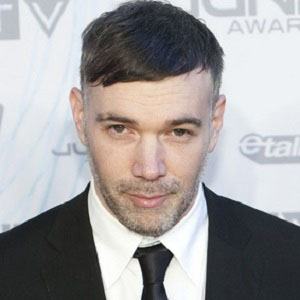 Born Richard Terfry and better known as Buck 65, this Canadian musician is notable for his work in the hip hop and alternative genres. His album Talkin Honky Blues won a 2004 Juno Award in the alternative music album category, and his earlier recording, Square, was nominated for the same honor.

In his teens, he was a star baseball player whose athletic performance attracted the attention of a New York Yankees scout. After an injury ended his baseball dreams, he became a self taught disc jockey and music producer and released a hip hop single titled "The Rhyme Has To Be Good."

Apart from his musical career, he is a well known radio personality. In 2008, he began hosting a CBC program called the Radio 2 Drive Show.

He grew up in rural Mount Uniacke, Nova Scotia. His 2014 album Neverlove was his attempt to deal with the emotional fallout from his divorce.

Early in his career, after recording an album titled Chin Music under the stage name of Stinkin Rich, Buck 65 was signed to the Murderecords label by guitarist Patrick Pentland and other members of the Canadian band Sloan.