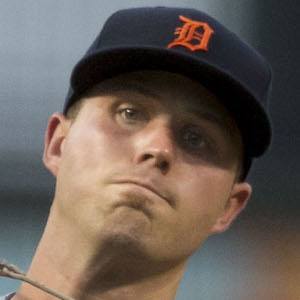 Pitcher who got his start in the major leagues with the Detroit Tigers in 2014. He was drated out of Georgia Tech, where he was a semifinalist for ACC Pitcher of the Year in his senior season.

He attended Rockdale County High School, where he was captain for three seasons.

In 2008, he was named MVP of the Connie Mack World Series and the World Wood Bat Championships.

He has a brother named Mitchell.

In 2014, he became part of a Tigers pitching staff which included Cy Young winner Justin Verlander.

Buck Farmer Is A Member Of