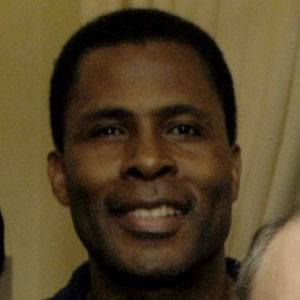 Center who became identifiable by his signature goggles while playing for the New Jersey Nets and Portland Trail Blazers. He spent nearly two decades in the NBA.

Joining the University of Maryland in 1979, he won the ACC's Rookie of the Year award and was selected to the 1980 U.S. Olympic basketball team.

Altogether in his time in the NBA he was a three-time All-Star selection, and four-time All NBA defensive team member, in addition to winning the league's Rookie of the Year title.

Nate McMillan, the Trail Blazers' coach, hired him as an assistant in 2010.

Buck Williams Is A Member Of