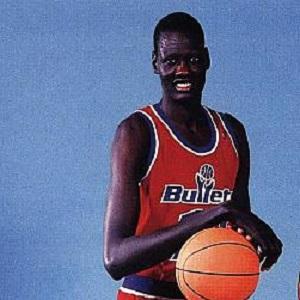 Sudanese Basketball player who was one of the tallest to ever play the game at almost 7'7". He led the NBA in blocks in 1986 with the Washington Bullets and 1989 with the Golden State Warriors.

He averaged more blocked shots per game than points during his career.

He was born in Turalei, South Sudan. He had ten kids, four of which were with his second wife Ajok Deng.

Manute Bol Is A Member Of