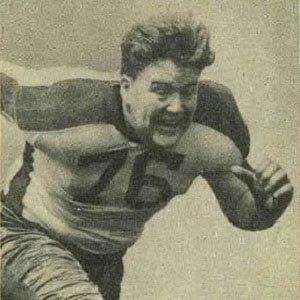 Legend of the Philadelphia Eagles was a two-time title winner with the team, and after retirement served as an administrator to the Patriots for three decades.

He started playing in 1943 with the Steagles, the temporarily merged team of the Philadelphia Eagles and the Pittsburgh Steelers.

He was a co-founder of the National Football Scouting Combine, by which pro teams could evaluate draft talent.

He was born Frank Kilroy in Philadelphia, Pennsylvania.

He and another great Eagle, Reggie White, were both elected into the Philadelphia Sports Hall of Fame.

Bucko Kilroy Is A Member Of