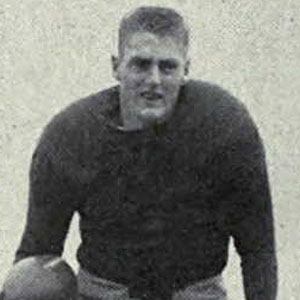 He became the first player to letter in four sports, football, basketball, track, and baseball, in a single year while playing at the University of Michigan.

He was given the nickname Crazylegs in college because of his unorthodox running style.

He fathered two children with his wife Ruth.

He and NBA great Oscar Robertson are both in the Wisconsin Athletic Hall of Fame.

Elroy Hirsch Is A Member Of