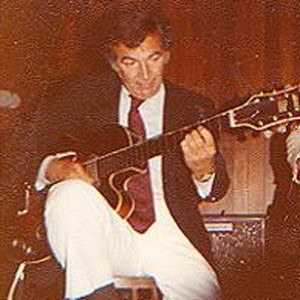 American jazz legend and multi-instrumentalist known for his work as a guitarist and a banjo player.

He began his professional music career at the age of seventeen.

He fought as an infantryman in World War II.

He was a member of Johnny Carson's Tonight Show Band.

Bucky Pizzarelli Is A Member Of