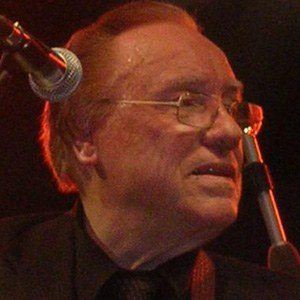 Bluegrass musician known for his unique three-finger banjo playing style and for his work with The Bluegrass Boys.

He became a member of the Grand Ole Opry during the 1950s.

He recorded the song "The Ballad of Jed Clampett" in 1962, which was featured on The Beverly Hillbillies.

He has two children with his wife Louise, who was also his manager.

Joan Baez performed at a Scruggs tribute concert, which went on to be immortalized in the documentary Banjoman.

Earl Scruggs Is A Member Of