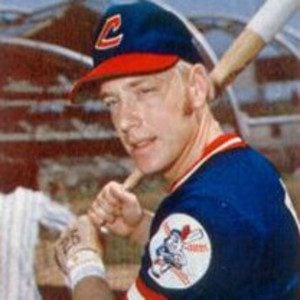 MLB third baseman who played for 18 years and became a manager after his career. He began his career with the Cleveland Indians in 1972 and played for the Texas Rangers from 1979 to 1985.

He spent much of his time at major league fields as a child with his father, former outfielder Gus Bell.

He was known as a sparkling defensive third baseman and would often rob opposing hitters of base hits.

His sons David and Mike both played in the majors as well, making the Bells a three-generation baseball family.

He played for the Cincinnati Reds when the legendary all-time hits leader Pete Rose was managing the team.

Buddy Bell Is A Member Of