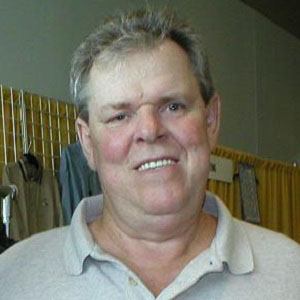 Pool player whose accuracy over the course of his multi-decade career has earned him the nickname "The Rifleman." He is the winner of more than 60 major tournaments and was inducted into the Billiards Congress of America's Hall of Fame in 2000.

He was born in Metropolis, Illinois and began playing pool at a local soda shop at age 14. At 17, he won his first professional event.

His victory at the Caesar's Tahoe Nine-Ball Championship in 1982 was covered by ESPN, making him the first billiards player ever to be mentioned on the network.

He and Filipino player Efren Reyes are both winners of the International Challenge of Champions.

Buddy Hall Is A Member Of