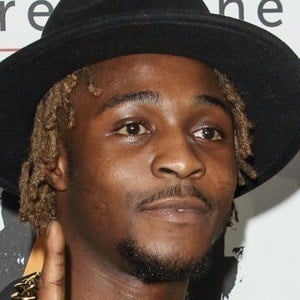 Most Popular#41548
Born in Ibadan, Nigeria#4
Rapper Born in Nigeria#7

Hip-hop recording artist who rose to fame as one half of the duo Young T and Bugsey. He is recognized for singles such as "No Mickey Mouse Ting," "Living Gravy," and "En Route."

His "Gangland" single was written and recorded in just seven days.

He was born in Nigeria, but moved to South London at the age of five, and later relocated to Nottingham at 12 years old alongside his mother and two younger brothers.

His music has been championed by fellow rapper Stormzy.

Most Popular#41548
Born in Ibadan, Nigeria#4
Rapper Born in Nigeria#7

Bugsey Is A Member Of