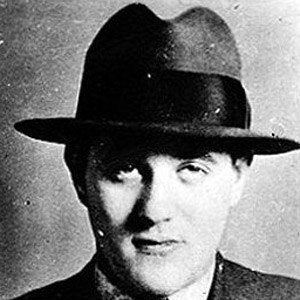 Born as Benjamin Siegal, he is an infamous American gangster known for making headlines with his violence.

He committed many petty crimes as a teen.

He played a large role in the development of Las Vegas by taking a stake in the building of the Flamingo Hotel.

He was a known associate of gangster Lucky Luciano since their early days.

Bugsy Siegel Is A Member Of