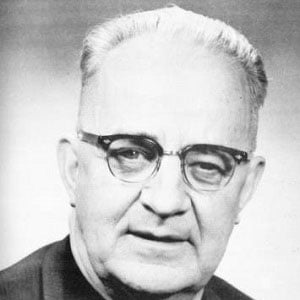 Birmingham Commissioner of Public Safety who attempted to enforce racial segregation and stop the spread of civil rights for his city's Black citizens during the Civil Rights Movement of the 1960's.

He won a seat in the Alabama House of Representatives in 1934.

He famously ordered the use of fire hoses and police attack dogs against peaceful demonstrators, which horrified people around the world who had previously been ignorant of the South's mistreatment of it's Black citizens when it was broadcast on television.

He married and had two children with a woman named Beara.

He was one of Martin Luther King Jr.s biggest adversaries.

Bull Connor Is A Member Of