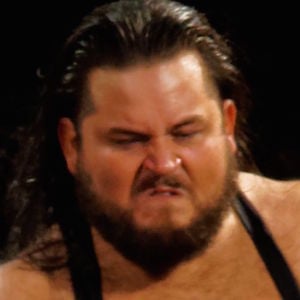 Professional wrestler who came to be known to WWE fans for his his appearances on WWE NXT, making his debut in September 2013. He previously won championships in promotions like New York Wrestling Connection and American Championship Entertainment.

He made his wrestling debut under the ring name Donnie "The Body" Johnson with East Coast Professional Wrestling in October 2005. He later performed under a variety of ring names, including Baby Hughie and Smith James, before settling on Bull Dempsey upon signing with WWE.

His gimmick, that of an out-of-shape wrestler, led to the humorous "Bull-Fit" campaign in 2015.

His birth name is James Smith.

He had a rivalry with Baron Corbin on WWE NXT,

Bull Dempsey Is A Member Of