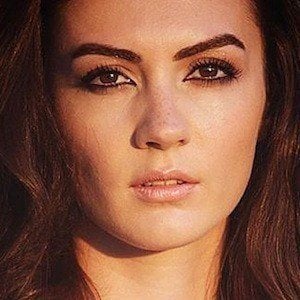 Television and theatre actress best recognized for bringing to life the leading character Nazli Yilmaz in the 2015 television series Güneşin Kızları. She first rose to fame in 2013 in the show Muhteşem Yüzyıl.

She graduated from the theatre department at Hacettepe University's Ankara State Conservatory.

She has appeared in a number of stage productions including Woyzeck Masalı, Ayyar Hamza, and Kırmızı Başlıklı Kız.

Model and actor Berk Atan stars alongside her in the Turkish drama Güneşin Kızları.

Burcu Özberk Is A Member Of