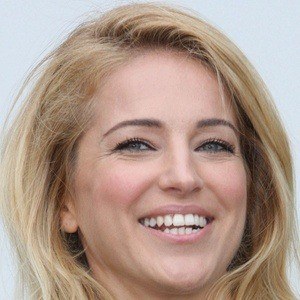 Turkish television host who is widely thought of as the country's leading host of reality television shows, including Popstar, Ver Fırına and Elin Oğlu. She is also an occasional actress, appearing in films like 2010's Romantik Komedi.

She went to high school on the European side of Istanbul, Turkey. She studied Tourism Management at Istanbul University and New York University School of Professional Studies.

She represented Turkey at the Miss International pageant in Japan.

She was married to businessman Massimo Cusimano from 2006 to 2008.

She has served as the host of the Turkish version of Survivor, the show originally hosted by Jeff Probst.

Burcu Esmersoy Is A Member Of