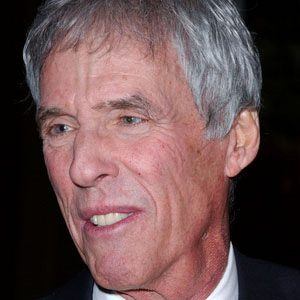 Heralded songwriter, musician, and producer who wrote numerous hits with lyricist Hal David from the 1950s until the 1980s. He wrote many popular songs, including 73 top 40 U.S. Billboard hit singles.

He studied music at McGill University, the Mannes School of Music, and the Music Academy of the West in Montecito, California. He was instructed in composition by such notables as Darius Milhaud, Henry Cowell, and Bohuslav Martinů.

He began writing with David while the two were employed at the Brill Building. Their first hit was "The Story of My Life" in 1957.

He was married to Paula Stewart from 1953 until 1958, then to Angie Dickinson from 1965 until 1980. He married his third wife, lyricist Carole Bayer Sager, in 1982, and they divorced in 1991. He wed his fourth wife, Jane Hansen, in 1993. He has two daughters named Lea and Raleigh and two sons named Cristopher and Oliver.

He served as musical arranger and director for Marlene Dietrich.

Burt Bacharach Is A Member Of