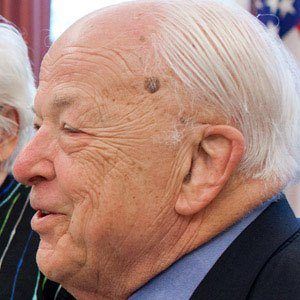 Physicist who received the Nobel Prize in 1976 for his co-discovery of a subatomic particle with Samuel Ting. He was the longtime president of the Stanford Linear Accelerator Center.

He studied at the Massachusetts Institute of Technology, where he received his bachelor's degree in 1952.

He became a member of the board of directors of Scientists and Engineers for America.

He had two children with his wife Laurose Becker whom he married in 1960.

President Barack Obama awarded him the Enrico Fermi Award in 2012.

Burton Richter Is A Member Of