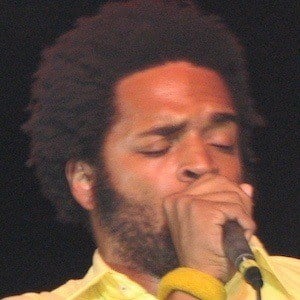 Experimental rapper who began making waves in the early 2000's with acclaimed releases like Temporary Forever, Cosmic Cleavage and Fear of a Black Tangent. He has been a featured artist on songs by Daedelus, Prefuse 73, Kool A.D. and more.

He performed with the hip-hop group 4/29 in his early teens. At sixteen, he became affiliated with the Los Angeles-based Project Blowed crew.

He once appeared as a contestant on the dating show Blind Date.

His father is screenwriter and producer Ralph Farquhar.

He collaborated with Milo on the rapper's 2013 tracks "Red Oleanders" and "The Gus Haynes Cribbage League."

Busdriver Is A Member Of