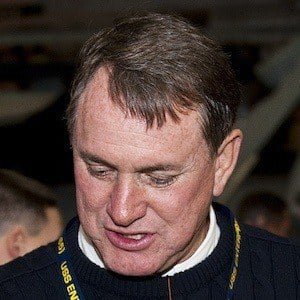 Head coach of the University of North Carolina football team from 2007 to 2011, when he was fired for NCAA infractions.

He was coaching at Oklahoma State in 1979, when he met Jimmy Johnson, whom he worked with for the next 15 years.

In 2010, after leading the Tar Heels to two solid seasons and Bowl appearances, an NCAA investigation revealed improper benefits going to the team's players.

He was born in Tahlequah, Oklahoma.

Doc Blanchard, the College Hall of Fame football player, also made his name at UNC.

Butch Davis Is A Member Of