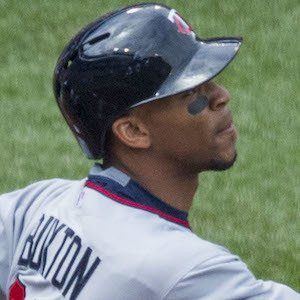 MLB outfielder who debuted with the Minnesota Twins in 2015, after having been named the MLB's top prospect of the year.

During the 1990s, his cousin Dexter Carter was a running back for the NFL teams the San Francisco 49ers and the New York Jets.

He was born and raised in Baxley, Georgia. In 2013, he and his girlfriend Lindsey Tillery welcomed a son named Britton.

He joined catcher Joe Mauer on the Twins in 2015.

Byron Buxton Is A Member Of