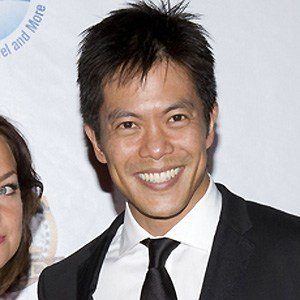 Actor notable for playing Ryu in Street Fighter, Wing Chau in The Big Short and Silver Lion in The Man with the Iron Fists. In 2019, he began starring as Uncle Six in the Netflix series Wu Assassins.

He earned a degree in philosophy from UCLA and he graduated from USC Law before passing the California bar.

He was ranked a top tennis player in Hong Kong.

He grew up in Hong Kong with his family. Upon graduation from high school, he moved to California.

Another famous actor from Hong Kong is Jet Li.