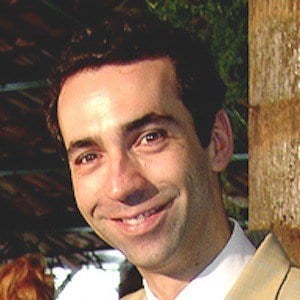 Brazilian news anchor who is best known for hosting a variety of television series as a journalist. He is known for being a special reporter and anchor of the SPTV newscast.

He has covered a wide range of historical events in his career including the Chernobyl accident and several World Cups and Olympic games.

He is known for having covered the death of Princess Diana.

César Tralli Is A Member Of