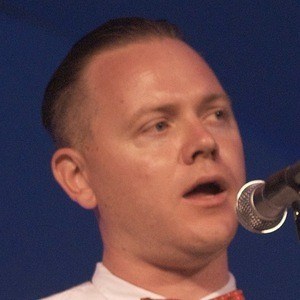 Australian Blues singer, banjo player, and guitarist who is best recognized for his albums King Hokum, Jungle Blues, and Gon' Boogaloo. He released his music on his own record label, King Hokum Records.

His debut album King Hokum was released in 2005.

In 2001, his first album was nominated for the Best Blues/Roots Album in the ARIA Music Awards.

His dad Billy Marshall Stoneking was a poet and filmmaker.

C.W. Stoneking Is A Member Of