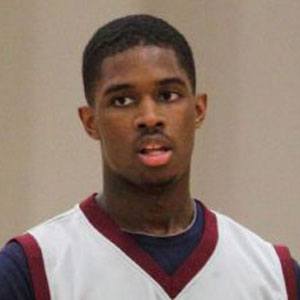 Forward who began his collegiate career at Syracuse University in 2010 and helped lead the team to the final four in 2013.

He played his first two years of high school basketball for Baltimore City College High School; after missing his junior year with an injury, he played his senior year for Brewster Academy.

His junior year at Syracuse was a breakout year for him, as he averaged 14.3 points and 7.0 rebounds per game.

He was born and raised in Baltimore, Maryland.

At Syracuse he played under legendary coach Jim Boeheim.

CJ Fair Is A Member Of