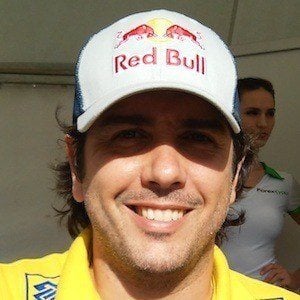 Professional race car driver who is recognized for having won the Stock Car Brazil championship five times. He has garnered more than 90,000 followers on his cacabuenoracing Instagram account.

He began his career by competing in kart racing events in 1988.

In 2010, he ran a Chevrolet Vectra on the Bonneville Salt Flats.

He and his wife Talita Stoppazzolli have a son.

He was photographed with Juninho Paulista in August 2017.

Cacá Bueno Is A Member Of